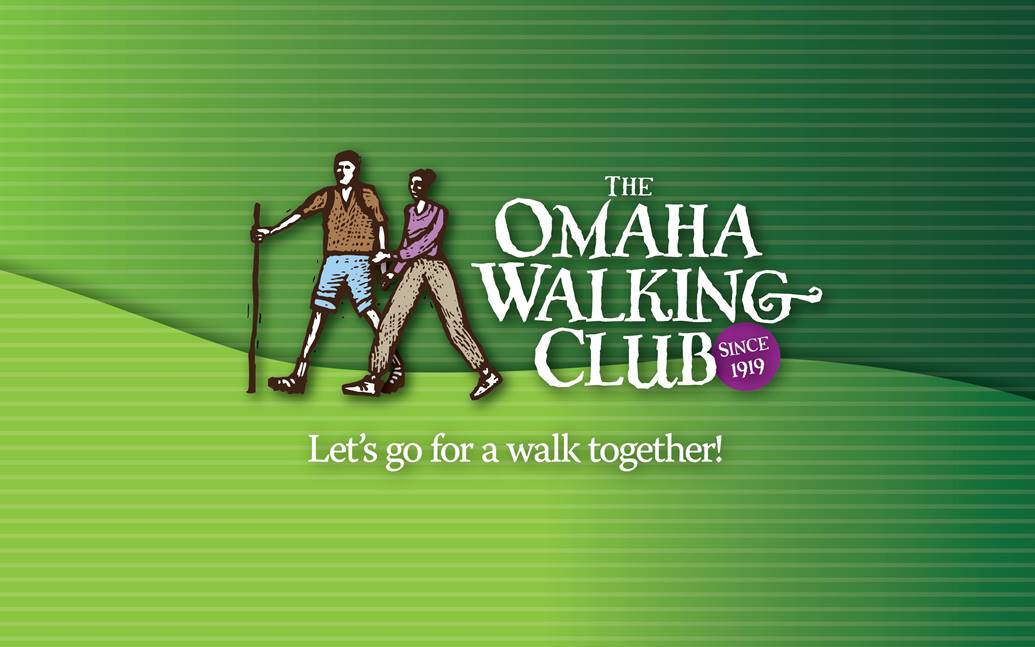 Walks in the Omaha area

A few years ago the Omaha Walking Club celebrated its 100th year, having had its first walk in 1919!  In the past it has had a close relationship with Fontenelle Forest. Walks may be at Fontenelle or other sites within one hour of Omaha.  Walkers are of all levels and walks are varied to accommodate various capabilities.  Generally, walks are two to three miles, but can be as short as one mile or as long as four miles.  Most walks are Sunday afternoons and run weekly in Spring and Fall, with intermittent walks in Winter and Summer.  Other social activities are available, as well, for those no longer able to walk far.

Helen Morton looked out of her kitchen window, observed that nature was awakening from a long sleep, and remarked, ‘I must get outdoors.’
Mrs. John Robbins, bored with conventional city activities, hungered for the quiet rural environment.
About the same time, Edith Tobitt felt the warm spring sun shining thru the south windows of the Public Library and decided that she should have some fresh air.
Allie Houston, restless after a long winter’s confinement, concluded that she needed a walk in the woods.
So Mrs. Morton put aside her housekeeping,
Mrs. Robbins threw away club activities into a pigeon-hole.
Miss Tobitt dropped her library work,
Miss Houston laid down her sewing, AND
The four met out where the city ends and the country begins. Each brought along a new friend because joys are always multiplied when shared. Promptly they decided to merge their separate trails into one purposeful pilgrimage. The pilgrimage started on that occasion has never faltered.”
Hence the Omaha Walking Club had its beginning on March 30, 1919.
(written in the 1920’s by Mr. Edwin S. Jewell, the first OWC vice president)

==============================
The paragraphs above were written more than ninety years ago, describing what led up to our first walk with 25 women and men.  Later the 25 walkers elected Miss Tobitt the first OWC President.
In the years since, we have gradually settled on 2pm Sunday as our preferred time to walk; we walk one Sunday each in January and February, then every Sunday in March, April, May, September, October, and November.  The only month we do not walk is December.  Summers (June-August) are more relaxed; typically we walk on 2 or 3 Sundays during summer, plus 2 or 3 Wednesday Evening Walks (WEWs), and some Saturdays we start early for a much longer walk.
Each year we plan between 25 and 35 walks.  Most average 2 to 3 miles long.  We try to have a shorter route for our older members whenever possible. Each year we try to offer a few walks around 4 miles.  We also have a variety of other outings too varied to mention here.